Is Thailand a Dangerous Place to Live?

Thailand is very much like any other country, in that it has its share of risks. It’s important to realize, however, that most of these risks also apply to the locals as well. If you take some common precautions when traveling anywhere, you’ll generally be safe—and Thailand is no different. The biggest dangers by far are crime and road accidents… but there are natural disasters and wildlife dangers as well.

In order to answer the question of whether Thailand is a dangerous place to live, it’s important to look at crime rates in Thailand. Like all countries, Thailand has its fair share of crime. But do you need to be worried?

According to data from the United Nations Office on Drugs and Crime (UNODC), the overall murder rate in Thailand is 2.5 per 100,000 people—which is lower than many other countries in Southeast Asia such as Malaysia and Singapore. However, this number can be misleading because it doesn’t take into account population size: If a country has a low population density and few murders happen there each year, its national average will appear relatively low despite having high rates of murder in certain parts.

In fact, the UNODC data shows that when you break down homicide rates by region within Thailand (the first chart shown above), some regions have significantly higher homicide rates than others: The northern plains region has an average homicide rate 5 times greater than Bangkok’s!

It’s safe to say that Thailand has one of the best health care systems in Southeast Asia. It has many hospitals, good doctors and nurses, and plenty of medical equipment. Most people have private insurance that costs a few dollars per month.

Are you worried about road accidents in Thailand? You’re not alone. In fact, the World Health Organization (WHO) estimates that Thailand has one of the highest rates of road traffic injuries in the world. Every year, some 7200 people are killed and another 25000 suffer serious injuries as a result of car accidents alone.

The most common types of car accidents involve head-on collisions with other vehicles or pedestrians; overturning while driving; colliding with trees or poles, and skidding off the road into roadside obstacles such as ditches and fences.

Thailand is a low-risk area for natural disasters, but it does have the potential for flooding during the rainy season which runs from May to October. However, this is not as severe as it once was, and the rainy season is not an excuse to avoid Thailand.

Thailand is home to a wide variety of wild animals, from elephants and tigers to monkeys and snakes. Many people are concerned about the safety of these animals, but in truth, most of the creatures that live in Thailand pose no danger at all.

It’s important to understand that the crime rate in Thailand is not higher than in other countries. The statistics show that there are more crimes committed per capita in the U.S. than in any other country, including Thailand.

However, what makes Thailand so dangerous for foreigners? If you look at the statistics of how many crimes are committed against foreigners versus locals, it doesn’t seem like there’s a difference at all! In fact, most foreigners I know don’t feel more threatened here than they do back home in their own countries (and I’m one of them). The truth is that there isn’t much difference between living as a foreigner or living like a local when it comes to safety and security; both groups experience similar levels of danger over time.

Overall, Thailand is a very safe place to live with little chance of crime or violence. The only dangers foreigners will likely face are the potential for road accidents and natural disasters.

Melody is a former insurance agent turned blogger. She writes about insurance options and immigration issues in Thailand, giving advice to foreigners and ex-pats around the country.

What is COVID-19 Insurance?

Finding a Hospital in Thailand – What You Need to Know 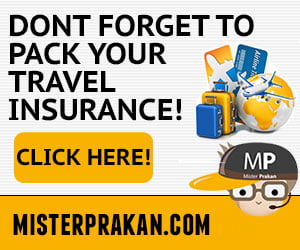